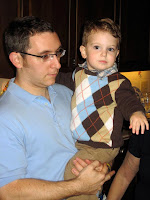 This fall was an odd season. JD was traveling for work almost every other week to the far ends of the country—Vermont, Massachusetts, Indiana, Arkansas—while rain mellowed what could have been an otherwise gorgeous fall. But we had a blast, just hangin' out at home or at the park (and everywhere in between).

The fall got off to a big start with the kid upgrading from the infant day care room at school, where he spent three days a week, to the curriculum-driven toddler room, where he now spends five days a week. At first he resisted the change, of course, but within a few weeks he began to love the new class. It's good for him to hang around with older more advanced kids and he's learning a lot from them and his new teachers. And the changes we've seen in the kid have been enormous! The improvement in his self-confidence (at home, in public, and on the playground) have been the most impressive. But his advances in language and behaviors (especially his new tendency to pick up after himself) have been equally welcome and surprising. 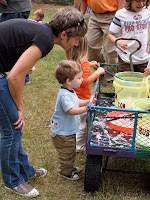 And when it wasn't raining like the end times, we even had time to get out of the house. We had a blast at the Oakland Park Victorian Festival, introducing Jack to his first bubbles, his first horse and his first horde of Zombies. And we also got back to Monkey Joe's, solo or with Haley and the twins in tow.

But highlights of the fall were certainly our trip the New York for our sixth wedding anniversary, Jack's first costumed Halloween, and Thanksgiving. 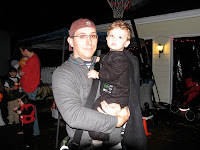 We were fortunate to have some holiday options this Halloween—an orange NASA spaceman suit GrandMary got Jack for his first birthday and a Darth Vader outfit Uncie Ed got him for Christmas last year. Ultimately we went with the Darth Jack option, matching his costume with some black Chuck Taylors and a plush red lightsaber. And while the 'lil sir was a little overwhelmed by all the festivities and older kids in costume (at least three of which were also representing the Anakin/Vader theme). 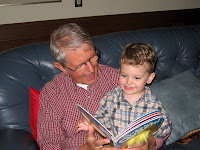 As for Thanksgiving, we were thrilled to get Ann's whole family up from Florida for a big multi-family gathering at JJ's house. And while Jack decided to reject all the fantastic Thanksgiving food until they made it home as leftovers, we had a blast just having everyone together (and letting the other six family members take their turns chasing Jack around while Ann and JD relaxed on the couch with a beer).

And, of course, the 'lil sir had some big firsts for this fall:
Enjoy some pics from the season!

Ann introducing Jack to his first horse at
the Oakland Cemetery Victorian Festival.
(Apparently, this horse was really a big dog in disguise) 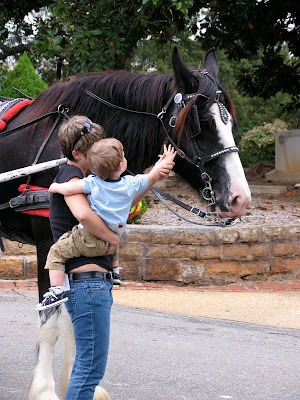 Space Captain Jack!
(Jack's welcome to be anything he wants when he grows up
so long as he's a space captain) 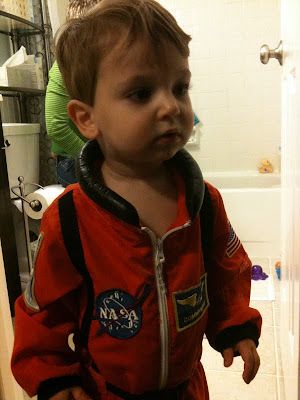 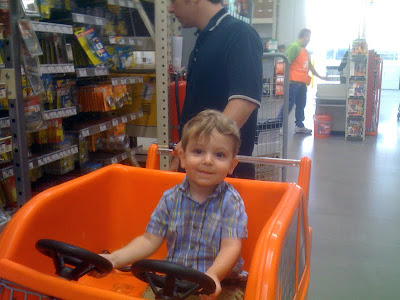 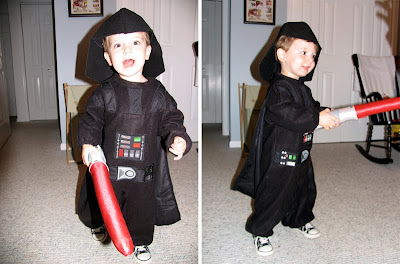 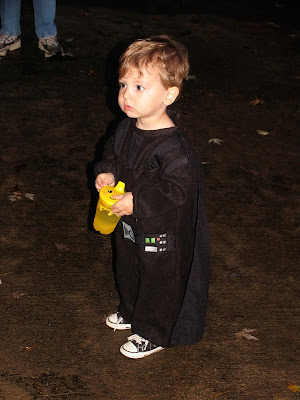 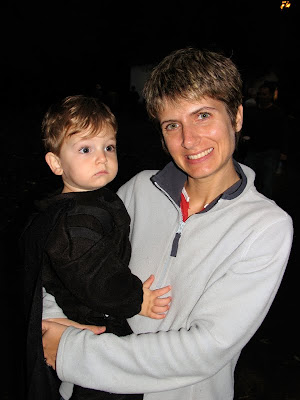 But back in the safety of his own home,
Jack was all about the kids coming out for candy. 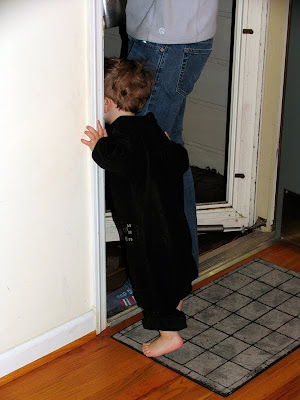 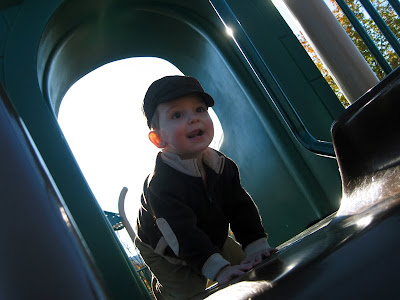 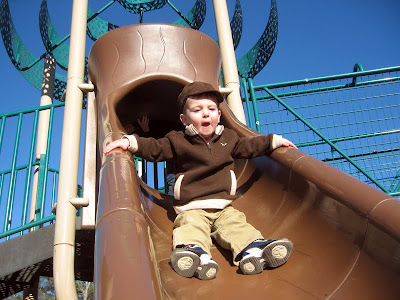 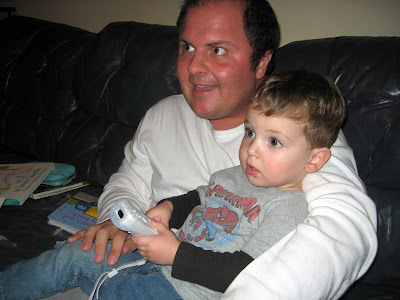 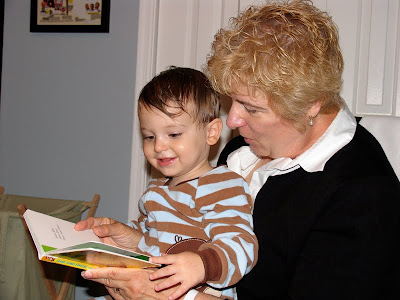