Nothing Better than Jack at the Holidays The holiday season was a busy one for us – as evidenced by our almost total lack of updates between our beach trip and now. But we had a great time both with Jack and with the extended family. Ann and I were lucky to get her whole family up from Florida for both Thanksgiving and Christmas. And we were lucky that, once again, Jack puts up with crowds, staying up late, and busy family holidays better than either of us.

We spent quite some time getting Jack ready for Thanksgiving. Under JJ's guidance, we added new foods to his diet, one week at a time, in such a way that by Thanksgiving night almost everything the adults had to sample on the table existed in a pureed form for Jack to eat. Everything but the sweet sweet cranberry sauce. But I'm committed to remedying that for next year. 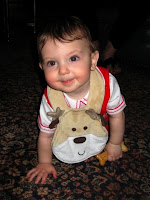 For Christmas, we all piled our presents under JJ's Christmas tree and then watched as a mountain of presents for the lil' sir reached first for the ceiling and then toppled, crashing over us like some sort of glittering red and green tidal wave. It took the combined efforts of Ann, Ed, and me to sort through Jack's loot and find presents for everyone else and then turn our attention to helping Jack open all his gifts. I like to think that Jack knew this wasn't an ordinary day – and he seemed to. Better yet, he seemed to know that it was all for him. So maybe it was just like any other day. 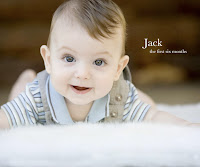 This Christmas, our main gift to the family were photo books chronicling the professional and informal shoots Jack had over the course of his first six months. Though the books came late, Blurb did a great job with the final production of the 80-page collection. Included within the book was the following introduction:

Over the course of Jack's first six months, we've been blessed with a lot of help, a lot of support, good health, good fortune, and great pictures. During these first six months, Jack has been the subject of two professional photo shoots and innumerable candid captures by his parents and grandparents. The best of these pictures – professional and casual – are collected here. That so many of them came out so well will help us remember Jack's first few months – and someday share these rare moments with him. Of course, it doesn't hurt that the 'lil sir has been adorable since day one or that he's been showered with enough love to keep that fantastic smile on his face. 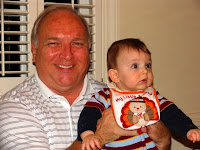 In both the cases of Thanksgiving and Christmas, Ann and I were thankful both for Jack, brightening every room and every moment of the holidays, as well as for the rest of the family who eagerly jumped at the chance to hold him, feed him, and otherwise let us pass out on the couch.

As always, Jack accomplished a number of firsts over the course of the holiday season, including:
And, for those keeping score at home, at the end of the year and his nine month birthday, Jack weighed in at approximately 21 pounds, 31 inches long. If he could only stand up, he'd be more than half his grandma JJ's height. Ha!

And now, for the pictures. Enjoy!


Jack and Noah chillin' during the UGA v. Auburn halftime 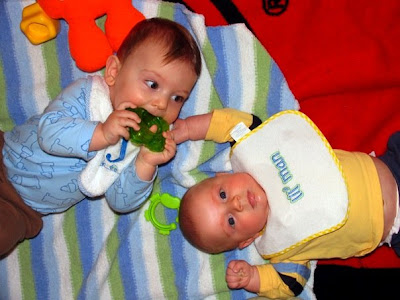 Jack absolutely loves his exersaucer – and we absolutely love the ear splitting noise it makes as he bounces it across the kitchen, bouncing it off the hardwoods like some kind of infantile pile driver. 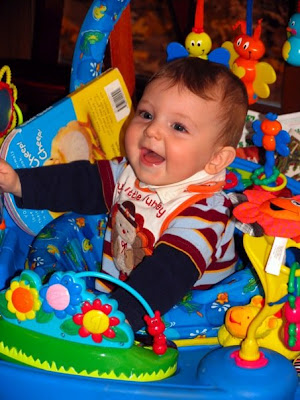 Jack was not a fan of the Thanksgiving turkey and sides. Or, at least he didn't like us all watching and making a fuss about it. 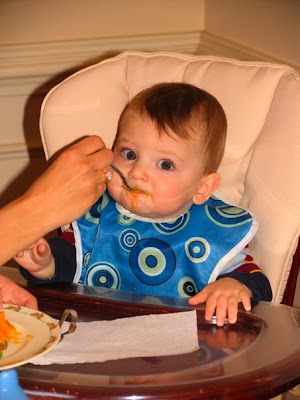 The mohawk is back. Jack has some killer bedhead! 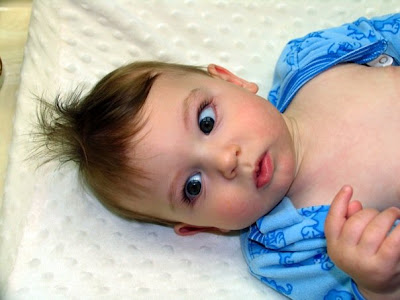 As long as we can remember, Jack has loved his reflection. Though he still can't figure out how to get around the reflection's blocking hand. 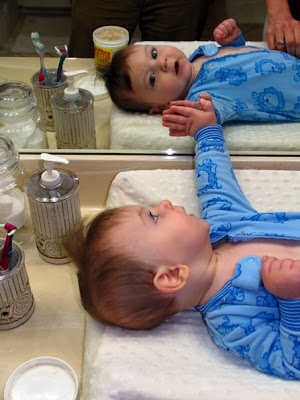 Jack crashed out in his great grandmother's arms 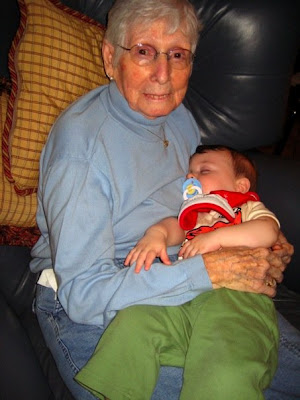 A Jack in the box! (You knew we'd have to do it eventually) 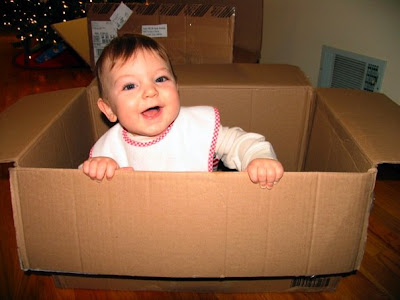 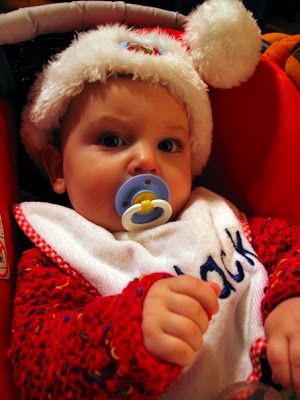 Jack loves milk bones. Not socks. One of them has to go. 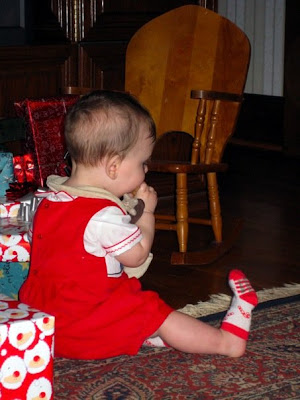 Ann didn't like it that I took so many pictures of her son suckin' on a dog bone. Me? I love that he crawled around with it hanging out of his mouth like a stogie. 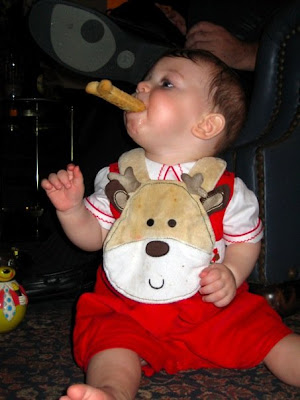 Jack loves waiting at the downstairs gate in my folks' house for his great grandmother to come down the stairs. I love that he's almost standing, here. 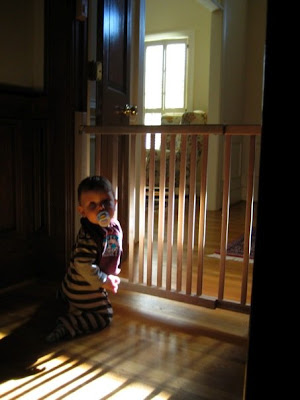