Ann and JD storm the Big Apple for the Big Anniversary 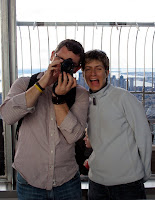 Well, I don't know how big the 6th anniversary is supposed to be, but for us it was a biggie—we took our annual anniversary trip farther afield this year and jetted north for a long weekend in the Big Apple.

We got a fantastic room at the corner of 7th and 57th, just a few yards away from the notorious Carnegie Deli. And we escaped most of the first day's rain inside the MOMA. But it was on the morning of our anniversary that our trip really got going. Ann got me up early and dragged me to church at St. Patrick's on 5th, across from Rockefeller Center. 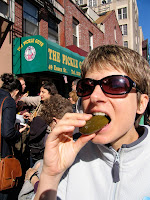 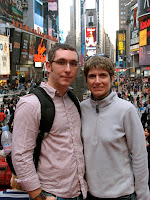 Then came our second great surprise of the trip. After the Empire State Building, we decided to walk back to the hotel only to discover that Times Square had recently been cleared of Broadway vehicle traffic, making it a great big pedestrian mall. Very cool! And on that particular Saturday, Broadway's pedestrian market stretched over seven blocks all the way back to our hotel.

The second day started with our third great surprise: a walk along the newly opened Highline from the Village to Chelsea. Then we rode the subway up to the Natural History Museum so Ann could see the dinosaurs and I could see the Hayden Sphere. And after a walk back through the park we stopped for the best Reeses and Oreo cupcakes ever and headed out to see the hilarious God of Carnage down on Broadway.

But I would be totally remiss if I didn't mention Ann's celebrity sighting's. On our way to the theater, we stopped and had the best burger in New York at Burger Stand in the Le Parker Meridien. While I ran off to the ATM, Ann ran into the Phillies arriving for the World Series. Just the night before she ran into Ashton Kutcher the night before in that exact same spot. One of these sightings made a slightly larger impression on Ann than the other. 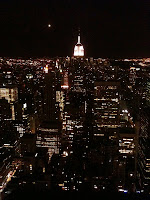 And we closed the trip perfectly: a post-show hop up to the Top of the Rock to enjoy the view and a pre-flight morning trip up to one of New York's great unknown museums, The Cloisters (so unknown I had to give the driver directions).

It was a fantastic anniversary all around. Ann and I love New York and can't wait to get back there sometime soon. It'll be blast to introduce Jack to the city when the time is right!

Enjoy some pics from the trip:

A shadow of the Empire State Building 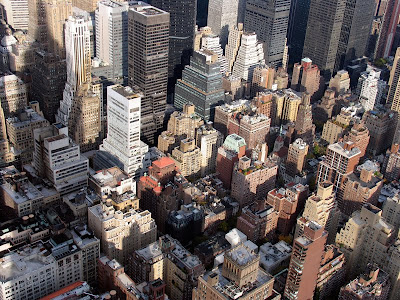 Ann and JD shooting each other in Times Square 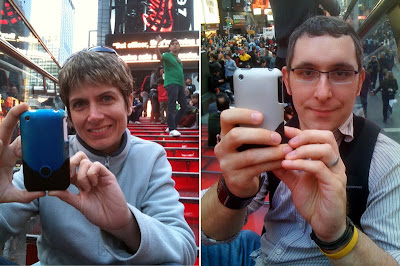 Ann on the Highline 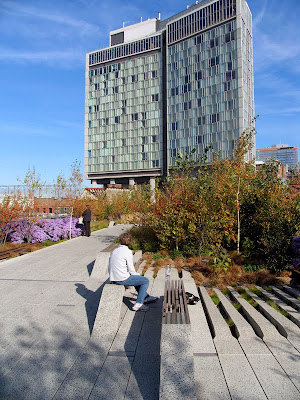 Some cool chairs on rails on the Highline 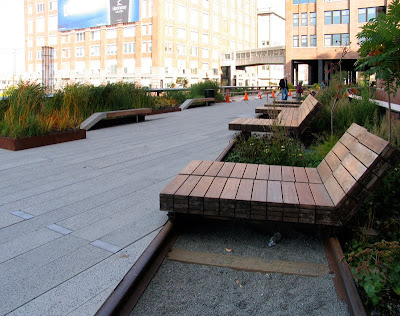 Being goofs on the Highline 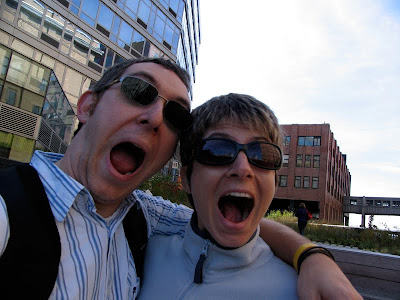 Ann at the Natural History Museum 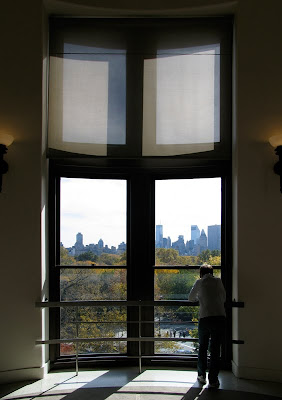 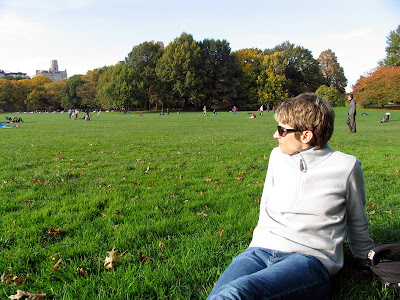 Ann and JD shooting each other (again) in the park 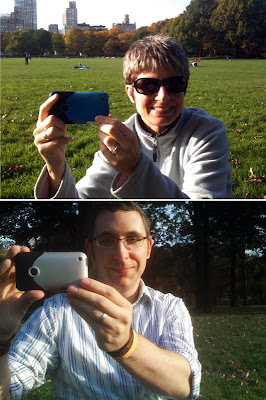 One of the cloisters brought over stone by stone from Europe 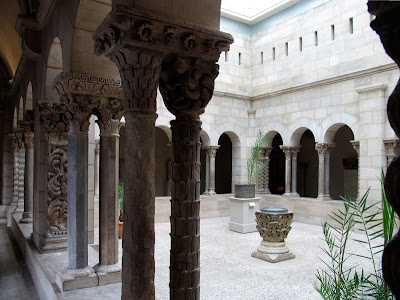