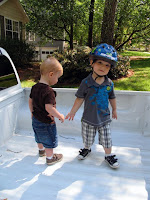 Well, it was brutal winter. Four different snow "storms" (well, Southern snow storms, anyway, meaning the roads iced and there was snow on the shingles) and lots of freezing temperatures kept us trapped in doors. But when spring sprung, we were quick to get outside, into the driveway to practice on Jack's trike or the yard to play on his new slide. We enjoyed Jack's first donuts (Krispy Kreme, of course) and his first Easter Egg hunt. And we were quick to take Jack on the road, to Athens, Albany, and Chattanooga for weekends with my grad school friends, the twins' 2nd birthday, and to catch up with Travis and Amy before their kid arrives, respectively. Ann and I even slipped away to catch a Braves game. And, most recently, we took the boy to the High to see vintage cars, to run around on the grass, and to watch "mommy assholes" (Jack's unique way of pronouncing "motorcycles") cruise by on Peachtree. 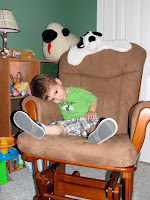 And when we weren't enjoying the rapidly heating outdoors, we've been getting the house ready for 2.0. And while Jack's first encounter with 2.0's room was less than inspiring (when Ann told him the crib was his little brother's bed Jack responded, "uh-oh" and backed out of the room) he's slowly coming to toddler-terms with mommy's "baby belly." When I asked him this morning if mommy was having a baby, his answer had changed from "no baby" to a whispered, "yesh." Now that's progress! 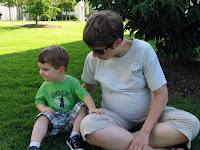 On the Ann/Preggasaurus front, the baby kept on growing. "His imminence" kept us breathless, waiting to turn until the last second, but otherwise the pregnancy has been been healthy and uneventful. Well, uneventful except for the occasional in utero cartwheel. But she's been carrying the new boy like a pro and, from appearances, easier than she did the Jack Attack.

For my part, I skipped town to Vegas for a long weekend with Travis and David (also the imminent fathers of boys) for a last hurrah before 2.0's arrival—a repeat of our infamous pre-Jack trip to Sin City. I also managed to finish a first draft a novel project just two weeks before Ann's due date. And if his imminence is as good a baby as Jack was, I'll get the chance to work up the second draft sometime before the end of the world in 2012. ;)

We'll have a new addition soon—and a lot of sleep deprivation— so we've tried to enjoy this Spring to its fullest. So, while you wait for pics of his imminence, enjoy some pics us and the Jack Attack from the past few months. 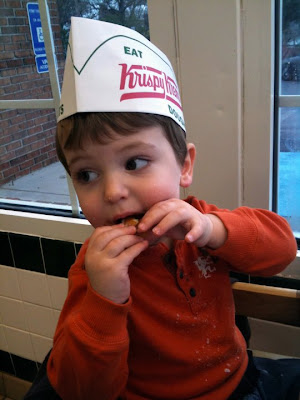 On the new slide. 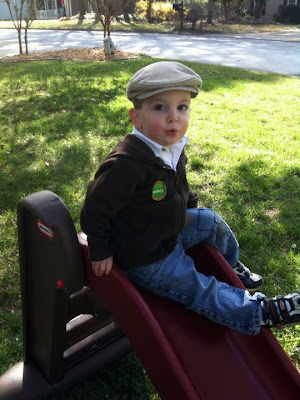 His first maniacal reaction to an Easter egg hunt. 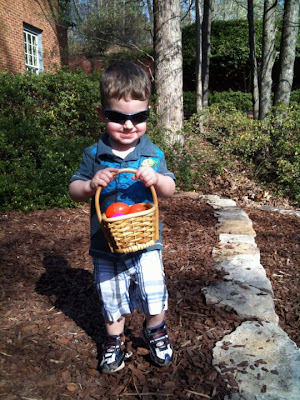 Playing on the trampoline at the twins' birthday. 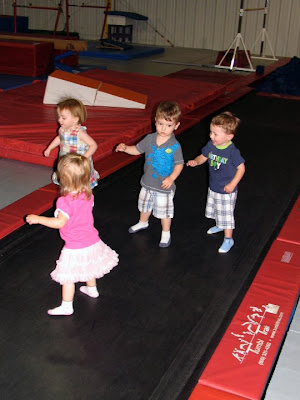 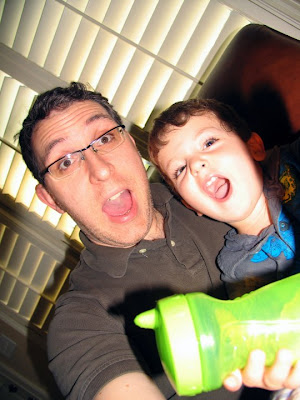 Racing across the school's playground. 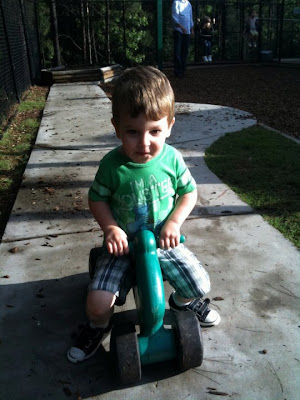 Ann and Amy rockin' their baby bellies in Chattanooga. 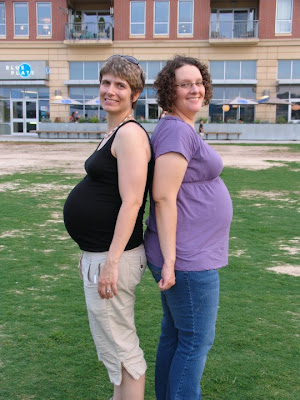 Jack goin' for the baby belly. 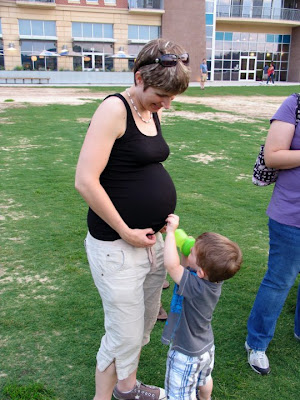 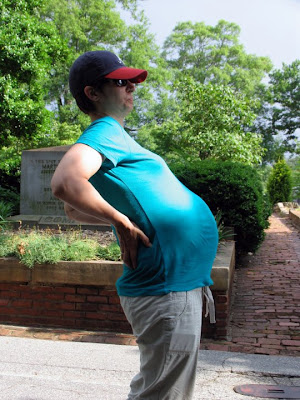 Jack chasing me down at the High on Father's Day 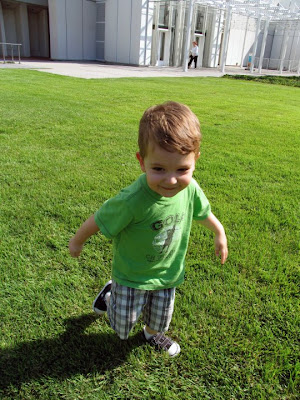 I am a Jack Zen Master 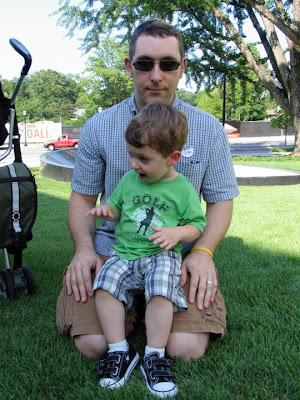 Big John and Jack at Dagwoods on Father's Day 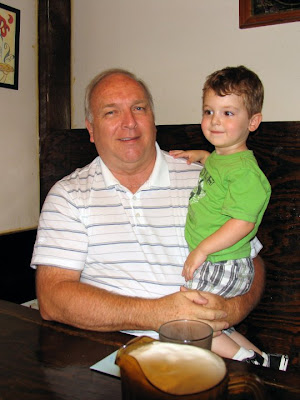