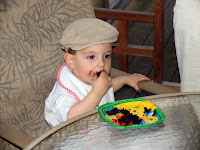 It's hard to believe the boy is two years old. Seems just yesterday he was brand new (or, at least, freshly soiled with cake). In his second year, Jack's grown so much—from a barely-toddling little boy to a fast, happy, and increasingly talkative little kid. Now if only he would dial the volume down from 11... 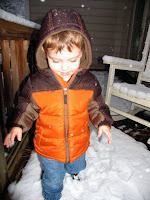 Our winter was a busy one spent hiding from an unusually frigid Georgia winter. Snow four times in one year? Unheard of! But it did let us introduce the boy to his first snowfall. It even kept the crowds away from the Georgia Aquarium for Jack's first ever trip to see the big fish (eg. not the little plastic ones in the tub). But mostly, it focused our little family on spending time together, teaching Jack how to ride his trike, drawing with crayons, racing cars down a track, dancing like a fool to JD's music, reading a TON of books, and watching Ann's belly grow from flat and skinny to pleasantly pregnant.

And when the sun finally came back, we were back out with the boy in a heartbeat. There's nothing quite like a 2-year old on a playground (with or without the Benny Hill soundtrack):

There were too many firsts to count these last few months. Suffice to say, the boy's growing by leaps and bounds. That we can actually have conversations with him now is rewarding beyond measure. And to see him really starting to interact with other kids in a meaningful way warms the heart. And, it likely goes without saying, we still love being his mom and dad.

Now, of course, enjoy some pics from past few months:

Catchin' a lift on Me-Me's ride. 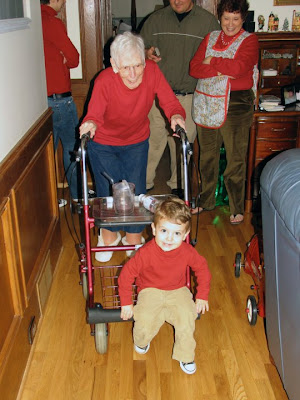 The little fam while watching "The Street." 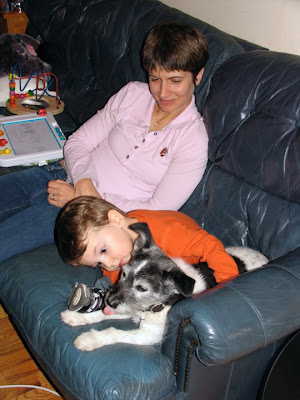 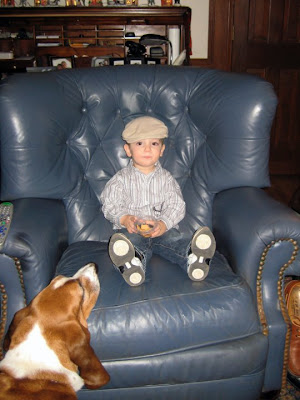 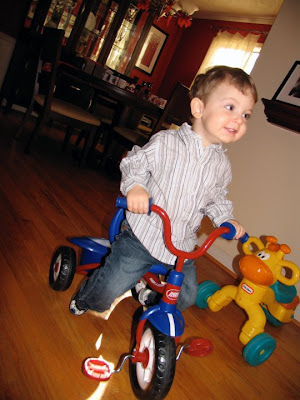 Jack and JJ at the big tank at the aquarium. 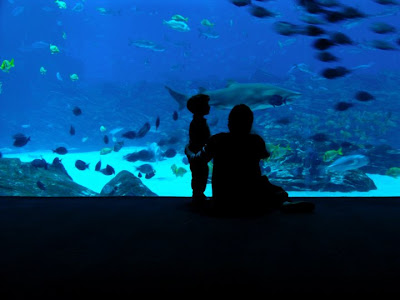 Ann and Jack at Riverside park. 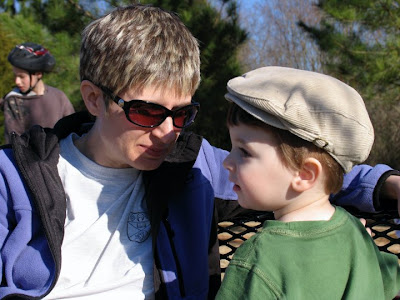 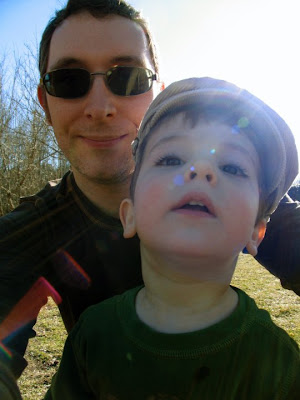 Jack sliding under the influence. 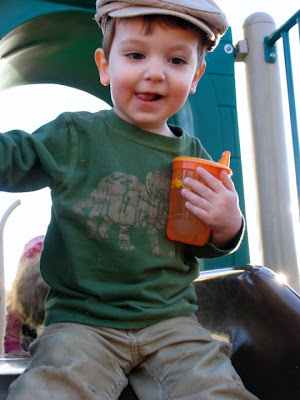 Jack and Noah in their swagger wagon. 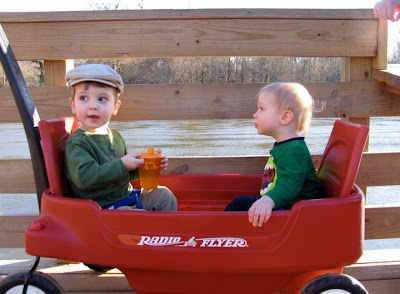 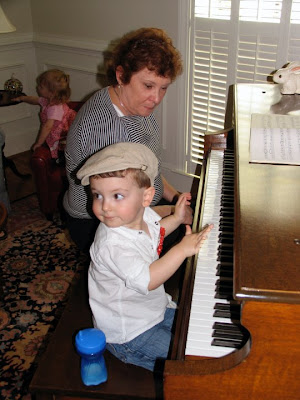 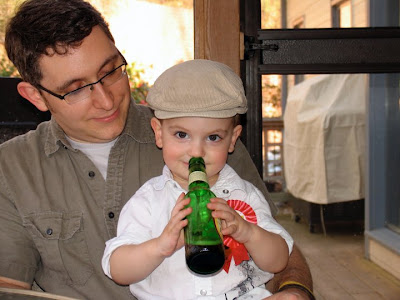 Jack and his new favorite. 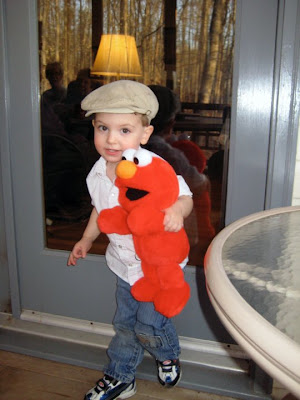 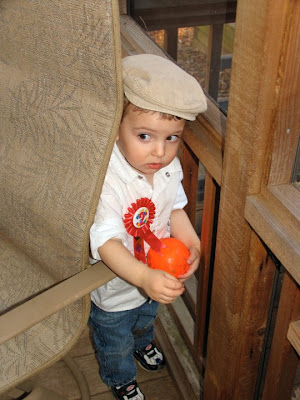