Summer Ends at the Beach

To wrap up this past summer, we took a trip back to our new favorite beach, Carillon Beach near Panama City Beach. We were looking forward to properly introducing the 'lil sir to the beach and gulf (last time, he was a little young and the weather, a little cold) and to a relaxing week away from the hubbub in Atlanta.

We went with Patrick, Pam, and their one-year old son, Noah. It was great to see the kids playing (as much as two toddlers play with each other and not just near each other). Noah was on the verge of walking when we set out for Florida and we all agree that it was Jack's constant running around him (and into him) that encouraged Noah to take those first few steps while we were there. 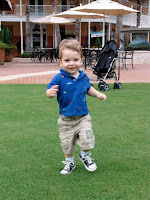 But walk as the kids might, neither of them much cared for the beach. Both boys loved the water (though Jack didn't like getting splashed in the face) but at first encounter both Jack and Noah were terrified of sand. It took our 'lil guy a few days to warm up to the silicate stuff enough to walk down to the waterline hand-in-hand with daddy.

One of the best parts of the trip was Jack's introduction to the slide—an oft-repeated activity, since. His initial hesitation was quickly overcome by overwhelming joy. We released his inner dare devil, then. It hasn't come back in since. 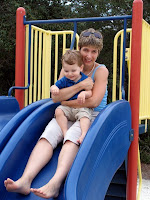 The most surprising development, though, was the revelation that Jack is bilingual. He'd been handing us toys and asking us to "Abee" them. It wasn't until we saw him playing with his Spanish-language piggy bank that we put two-and-two together. Next time you see Jack, test him yourself. Ask him to "Abierta" something and he'll open it right up.

Jack figured out how to climb into the rockers 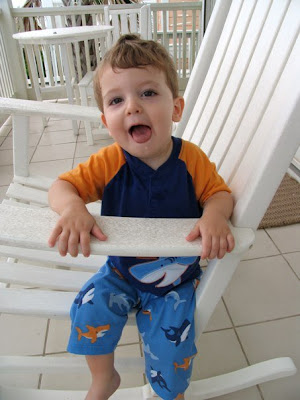 Jack's got the strut 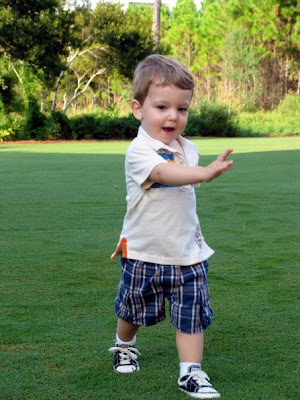 Playing on the Carillon playground 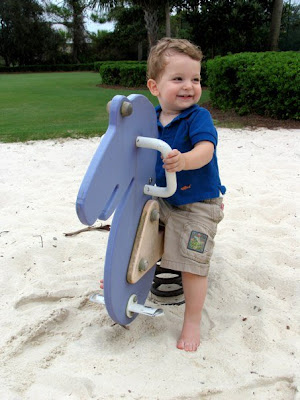 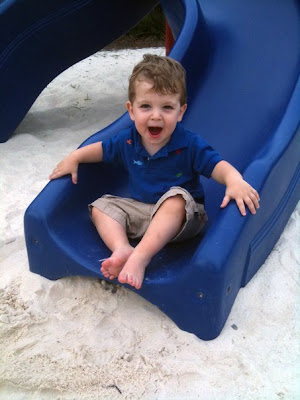 Ann and Jack playing in the pool 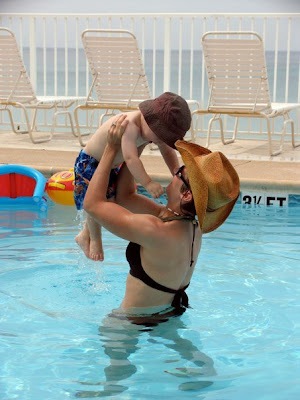 Jack and JD standing in the surf 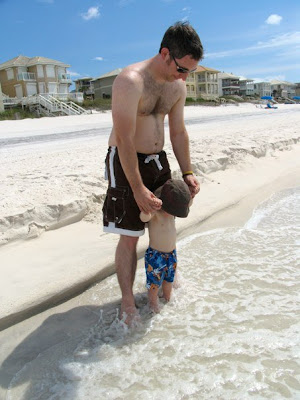 JD and Jack out at sunset 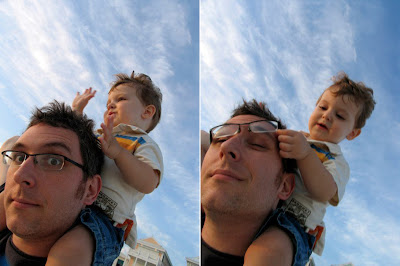 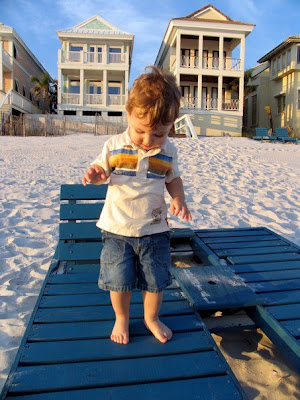