Jack's Seven-Month Birthday at the Beach (oh, and Ann and JD's Fifth Anniversary, too) 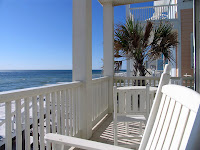 At the end of October, Ann and JD went to Carillon Beach, near Panama City Beach, to celebrate their fifth anniversary ... so, of course, Jack came along and enjoyed his first trip to the beach. And while the weather was a little cooler than normal beach weather, most days were warm enough to enjoy the beach and the sunshine – even if the Gulf of Mexico was too cold for swimming. 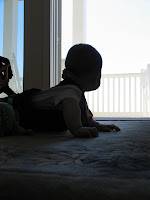 We rented a fantastic gulf-front house in the Carillon Beach community and took full advantage of the neighborhood. Jack even got to try his hand at swimming a second time in one of the community's heated pools – he loved it. He also loved Savannah, Haley's little girl. By coincidence, we ran into Haley and her twins at the beach. And Jack took the opportunity to attack her, while screaming, on the beach house floor. But mostly we just enjoyed the porch, the sun, the quiet, and the company. 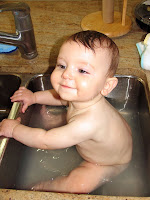 The big excitement of the trip came when Jack spat out his first word, the night before his 7-month birthday. And while that first "dada" may have been accidental, Jack quickly figured out that Ann and JD loved it. The weeks since have been cacophony of "dada" "da" "ada" and "daddy" utterances. A number of folks have tried to temper JD's excitement at having won the battle for Jack's first word (his campaign started when Jack was just a few days old). But in a war where the cards are stacked so heavily in Ann's favor – Jack is a little momma's boy, after all – JD will take any victory he can get.

October was a busy month of firsts for the lil' sir:
In the days after we got back to Atlanta, Jack attended his first Election Night party. And while the seven adults present should've been paying attention to the returns, Jack's antics on the floor proved very distracting. And in case you're wondering, Jack supported Bob Barr – small babies for small government. :)


Jack looking out on the Gulf of Mexico 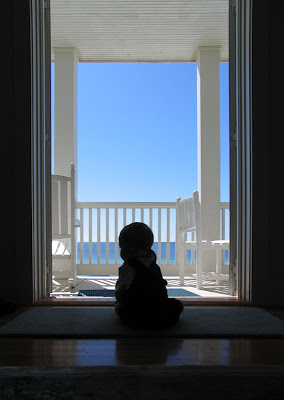 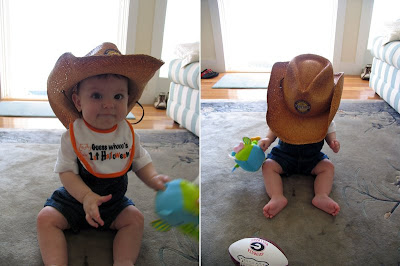 Jack needs to work on his pickup lines

Jack, dressed for the cool weather and making a gang sign... westside! 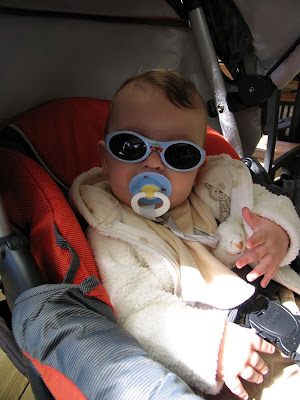 A cute moment between mommy and Jack.
Moments later, he was grabbing her hair and cackling like a banshee. 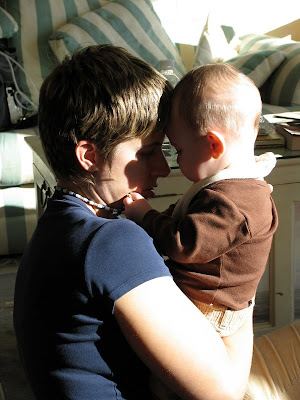 Ann on the porch near sunset 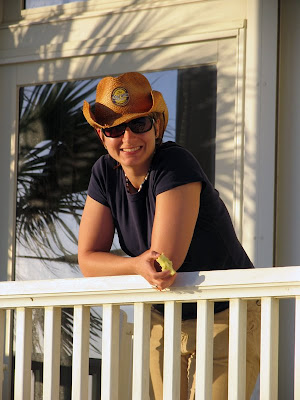 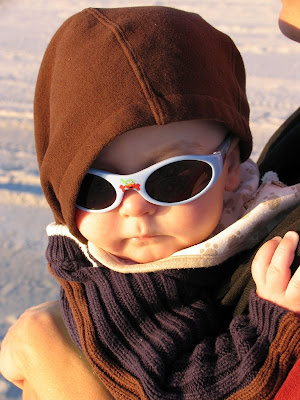 Ann and Jack on the beach 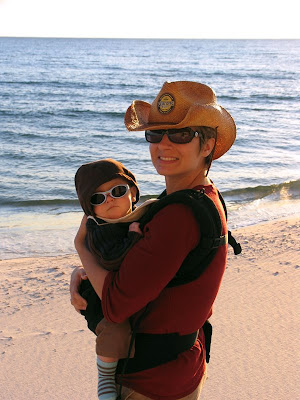 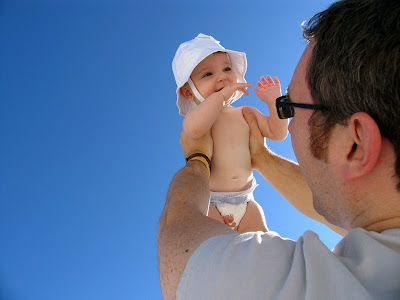 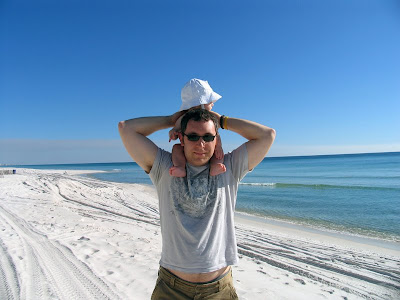 The cutest baby on the beach 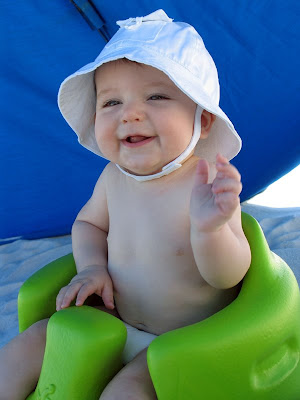