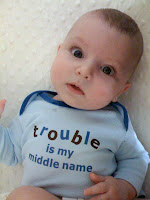 August was a busy month for Jack. He found his feet, learned to love bottles of all varieties (thank you, Dr. Brown, Diet Mountain Dew and Sweetwater...), discovered that everything is better in his mouth, and isn't satisfied if he doesn't drool through three or four bibs a day. We also invented a great game – all new parents should try it. It's called the Drool on Mommy game. You can probably imagine how the game is played. And you can also probably imagine how much JD loves this game. Muhahahaha. 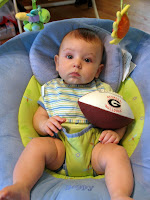 At of the end of Jack's fifth month, the kid weighs in at an impressive 17lb 4oz and measures a tremendous 28in. His enormity has given rise to a litany of new back pains for Ann, JD, and his granny-nanny. It has also given rise to a number of size-inspired nicknames including Jackzilla, Big Boy, Super Baby, Huge Monster Baby, and the Baby-Eating-Baby. Add these to our previous Jack Attack, Jack Jack, and 'Lil Sir, and we could go all day without ever calling him the same name twice.

Some of the big firsts from Jack's fifth month include: 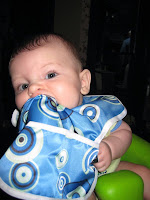 One side-effect of Jack's introduction to solid-food is the transformation of his otherwise clear drool into a new soupy slime. JD had just come to grips with virgin drool – for those of you who've seen him deal with those first drooly episodes, perhaps you can appreciate the herculean effort this required. But this new cereal-based drool... it's just awful. Remember that scene in Ghostbusters? You know the one...

Ann has no sympathy.

Turns out we look a lot of pictures of the kid over the last month. Enjoy a selection of the best of Jack's fifth month: 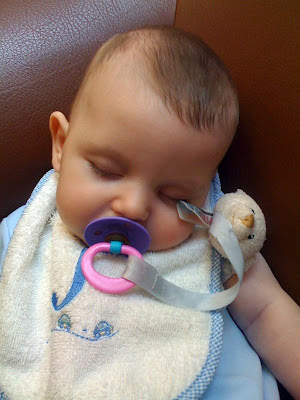 Jack and JD napping after a busy day of air guitar and flying
(you'd be tired too if you spent all day with a baby
the size of a sack of potatoes. That wiggles.) 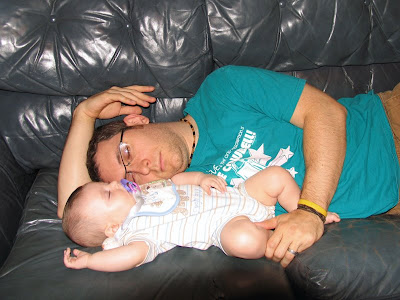 We're going to have trouble in a few years.... 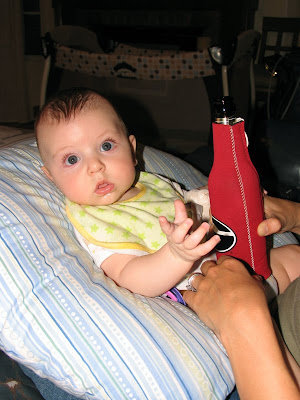 Jack and Ann playing, during his first trip to Athens 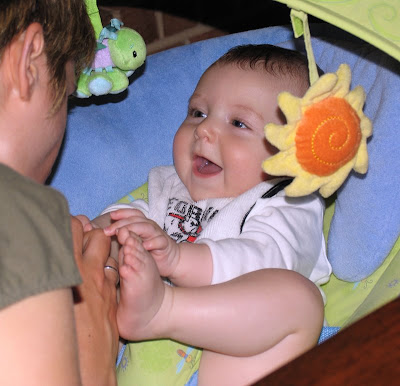 Zac teaching Jack how to high-five 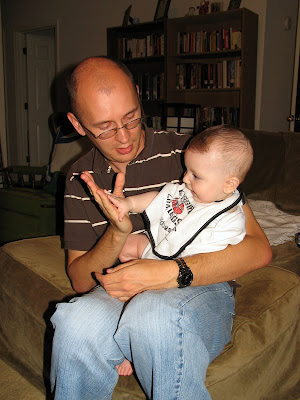 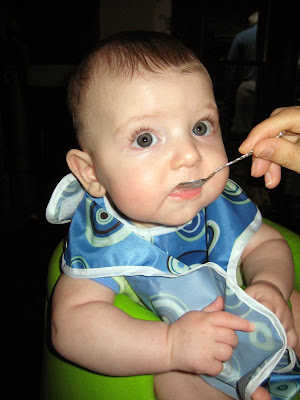 ...guess he liked it
(notice, the table is covered with a plastic trash bag.
Consider this advice for other parents) 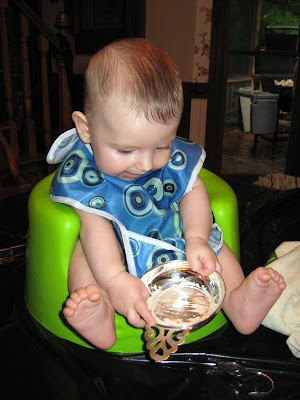 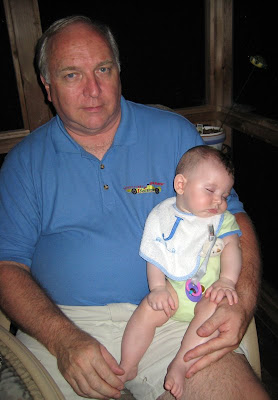 Jack practicing to be a space captain in his JJ's ExerSaucer
(Don't bother me. I'm busy.) 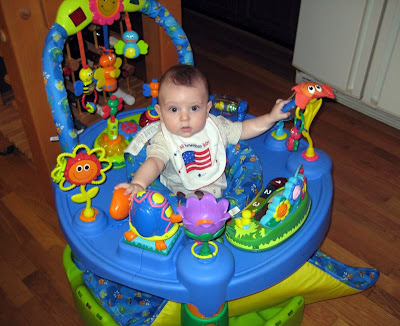 JD and Jack at the Decatur Book Festival 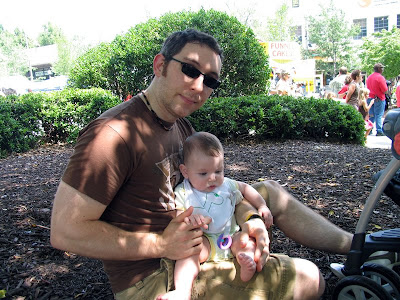 Ann and Jack at the Decatur Book Festival 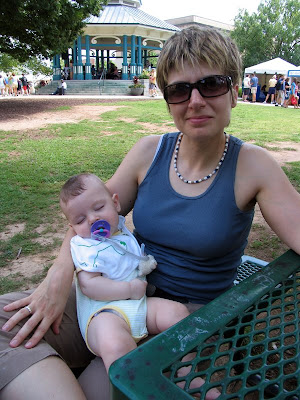 And, as ever, we saved the best for last...
The best lookin' kid in Roswell takes over Decatur 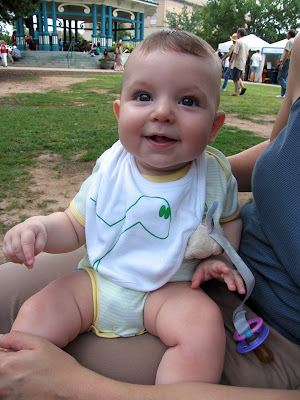